Spaghetti alle vongole, or “spaghetti with clams,” is a classic Italian dish with only a few ingredients. Small clams are used to create a briny broth, flavored with garlic, chili pepper, and a generous amount of extra virgin olive oil.

With its mild intensity and notes of ripe fruit, our organic extra virgin olive oil is perfect for baking and light dishes like this one. 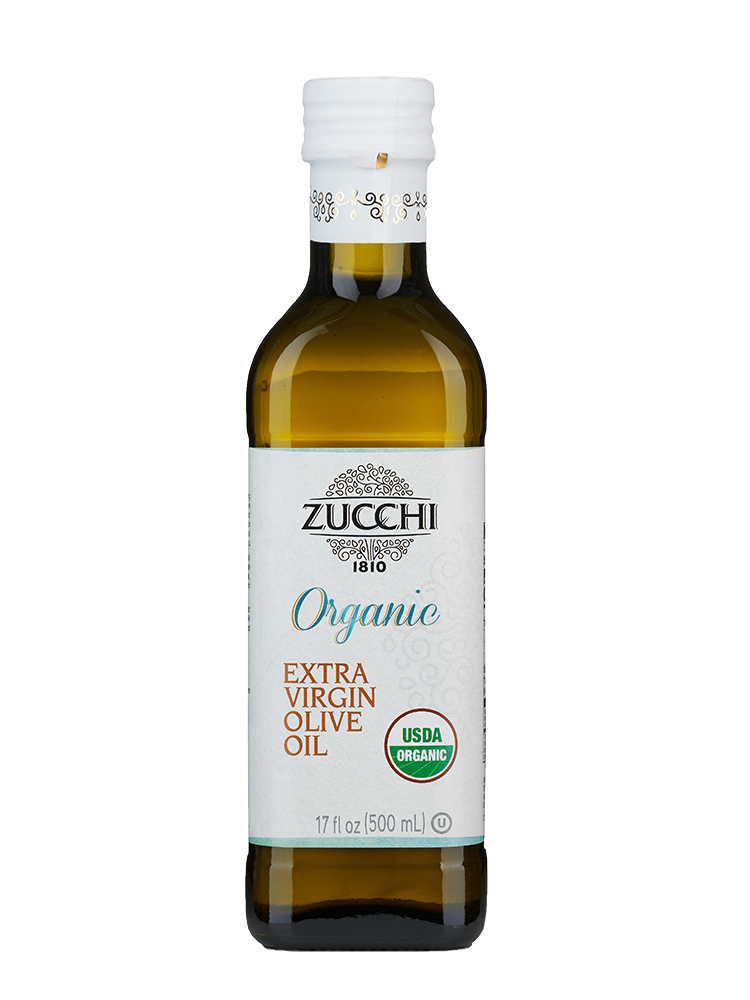 Drain and rinse the clams.

In a large skillet, add the clams, 1 tablespoon of the Zucchi Organic Extra Virgin Olive Oil, 1 garlic clove, and the wine.  Cover the pan and cook on low heat for about 2 minutes.

Once the clams start to open up, remove the opened ones one by one using tongs, letting the other clams cook a little longer until they open up. Discard any clams that haven’t opened. Strain the remaining broth over the opened clams. Set clams and broth aside.

Bring a large pot of water to boil over high heat.

Meanwhile, in a large skillet, add the remaining oil, garlic, and whole chili pepper and cook on medium-low heat until the garlic and pepper have a little bit of color. Remove the pan from heat, discard the chili and garlic, and add the clams and their broth.

Once the water is boiling, generously add salt. Add the spaghetti and cook for about 10 minutes, or until al dente.

Using a spaghetti paddle or pasta claw, remove the spaghetti and add directly to the clams and broth. Place on low heat and toss together, adding a ladleful of pasta water.

Serve in warm bowls, topped with chopped fresh parsley. Set out an empty bowl to discard the clamshells. 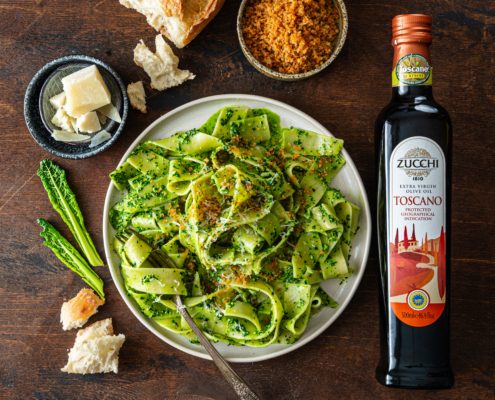 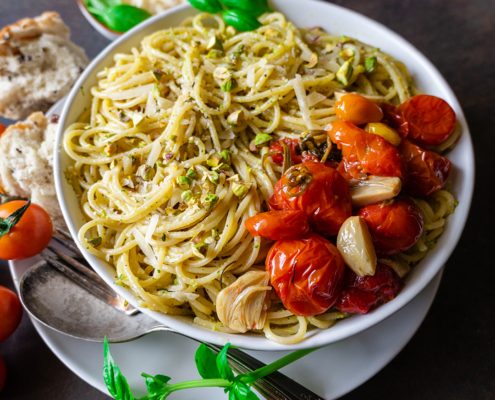 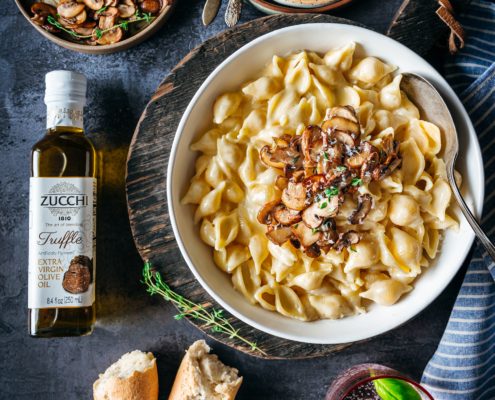 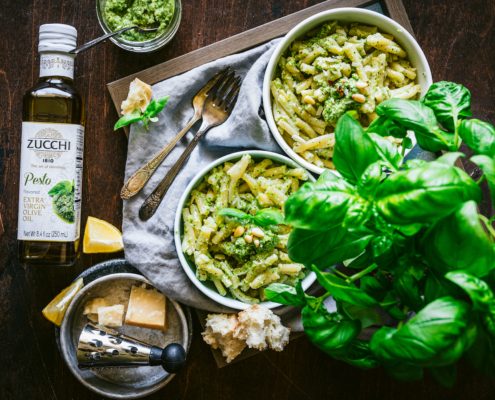 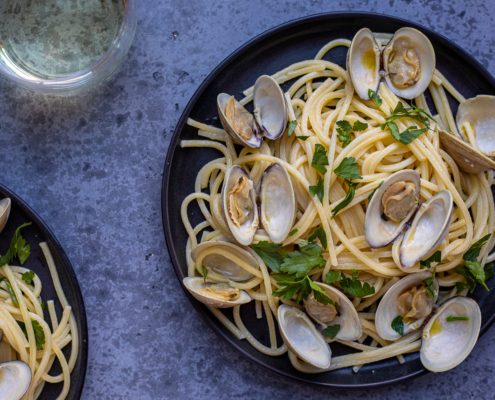 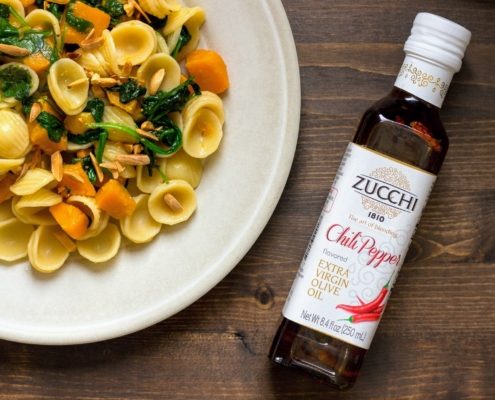 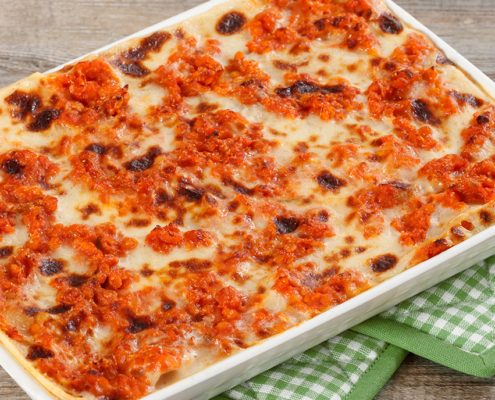 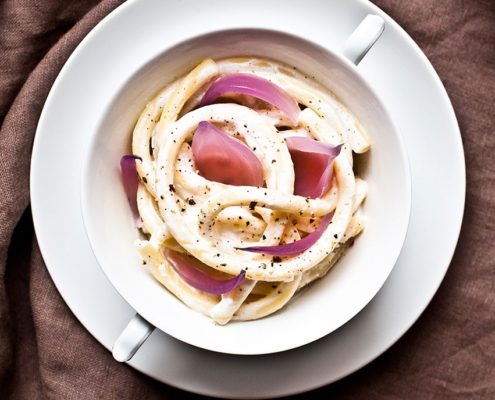 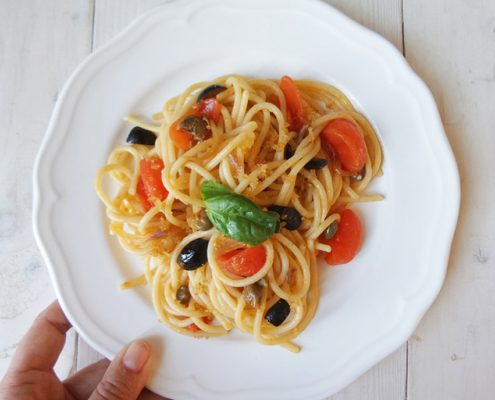 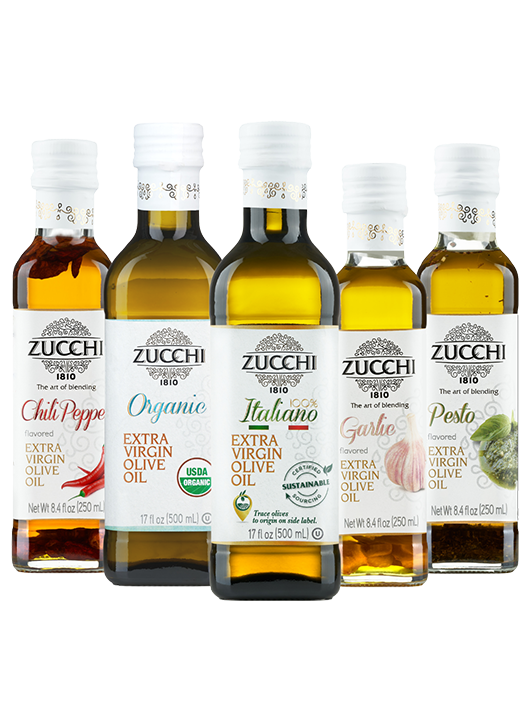 Ready to bring sustainable Italian culinary tradition into your kitchen? Shop Zucchi in a store near you.

Get olive oil recipes, tips, and Zucchi promotions delivered straight to your inbox.